The technology field consists of companies selling products and services in electronics, software, artificial intelligence, and other information technology (IT) sectors.

The business involves businesses with the world’s highest market capitalizations, such as Apple Inc., Microsoft Corp., and Amazon.com Inc.

However, aside from these leading companies, let’s dive into the tech companies people should watch in 2020 and talk more about their new innovations! Read on to learn more.

In 2012, SpaceX marketed a $57 million launch price for Falcon 9, a two-stage rocket developed and produced by the company for satellite transportation. Arianespace, a French corporation that had a head start on SpaceX for more than three decades, dominated the market for rocket launches at the time.

Today, SpaceX reports that it costs about $62 million to launch a Falcon 9, while the latest Falcon Heavy dwarfs that cost an estimated $90 million per release.

SpaceX CEO, Elon Musk, said in an interview that the first stage of the Falcon 9 accounts for 75 percent of the overall cost of the flight, or $46.5 million.

To date, SpaceX has retrieved 18 first-stage Falcon 9 boosters on land at Cape Canaveral, and 42 additional boosters on floating sea platforms. SpaceX is gearing up for yet another Starlink flight with 16 flights under it’s belt this year.

Snap is Snapcat’s mother company. Snap is now initiating the next computing wave. Although tech giants aim to become the standard of augmented reality within a decade, Snap has made the app commonplace by now.

More than 75 percent of the 218 million daily users of Snapchat play with their AR “lenses“ every day on average. That’s over 163 million people putting funny digital effects on their faces, including biker beards, and puppy paws.

Last year, the company further extended it’s AR features, concentrating on growing the environment around users rather than just their faces, with lenses that can turn buildings into giant pizzas and items into shopping sites.

Net Solutions is a digital technology organization that provides specialist software engineering and consulting services. Their solutions revolve around designing and building software products and platforms. The company’s agile, end-to-end model offers the best of both worlds.

It’s goal is to help clients transform their online businesses for exponential growth from startup to enterprise. Founded in Toronto, Los Angeles, New York, and Chandigarh, Net Solutions provides a full range of software services to it’s clients, including dedicated staff, product creation, and other features.

Parrot, a company known mainly for it’s hands-free car telematics kits, came up with one of the most creative applications we have ever seen of augmented reality.

Parrot designed a sleek, four-rotor hovercraft that is operated with WiFi through the iPhone or iPod Touch. Although the flying is smooth and easy, it is the use of the wireless cameras as part of an augmented reality game that is the most creative aspect of this kit.

Parrot has two games that are using the cameras to battle with other drones, take on computer-based creatures that pop out of physical targets, or travel with remote users linked through WiFi.

The price is not yet set. There is a significant lack of battery life, with maximum charging lasting only 15 minutes. Parrot expects the product to come out later this year.

Pure Energy is yet another wireless power market competitor, and they use contact points to power a variety of products. For one thing, the charging stations and devices must have metal contact points.

This means the power stations can not be concealed under desks, counters, and walls, and the chargers of the device must be built with exposed metal.

But, the solution provides one significant advantage: more goods will come from wireless charging. A skin touch and a Pure Energy charging station are all that a user needs to charge their phone.

A lot of innovations are coming our way in these times. Check out these innovations from rising tech companies, and learn how technology catches up with us! 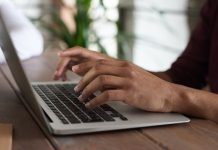 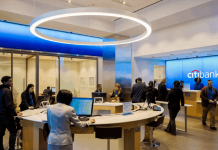 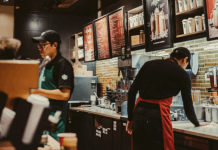