Computers have become a big part of our daily lives, and some of us may not even realize it. Almost every electronic device and equipment we use, from smartphones and tablets to televisions and even cars, have some sort of computer integrated into them.

Technological advancements in computer programming have brought more comfort and convenience to people. I can’t imagine how difficult it would have been if things like online shopping and videoconferencing weren’t available today.

What Is Computer Programming?

While looking for information on how programmers teach computers, the term computer programming dominated my online search results. Computer programming is defined as the process in which a professional writes code to give a computer, application, or software program instructions on what to do.

In simple terms, computer programming is a set of instructions to facilitate specific actions by a computer. Tasks can be as simple as adding two numbers or as complicated as determining pollution levels. It focuses on using programming languages, such as Java, HTML, or C++, on creating different software programs.

Difference Between Coding And Programming

Often, the terms computer programming and coding are used interchangeably, but this should not be the case. I admit that I also perceived both as the same in the past since they both deal with programming languages, but I learned that they are related but not exactly the same thing.

The basic difference is that programming is the entire process of creating programs to perform a task. At the same time, coding is the part of programming that focuses on the conversion of programming language into binary commands for the computer.

In terms of scope, programming is broader since it involves analysis and conceptualization of different parts of the program and parameters like debugging, compiling, testing, and implementation. At the same time, coding is more on translating the requirement logic into machine-understandable code.

Computer Programmers And What They Do

Because there is no standard terminology used in the industry, some companies even use the term software engineer to refer to a programmer. However, in most cases, software engineers have degrees in computer engineering or computer science, while some programmers may be self-taught.

Meanwhile, a programming language is a type of computer language used in computer programming to implement algorithms. It is comprised of a set of strings that results in different kinds of machine code output.

As I mentioned earlier, computer programmers come from different backgrounds, with some completing computer science, computer engineering, or other related degrees. In contrast, others are self-taught but got certain programming certifications.

Suppose you want to earn a degree as a programmer. In that case, you may consider either attending a technical institute or trade school for a two-year associate degree or a college or university for a bachelor’s degree in computer science, information technology, or any related fields of study.

With the global health crisis ongoing, you may also opt for online degrees that you can take at the comforts of your home. The advantage of an online degree is that you can tailor-fit it into your schedule if you already have a full-time job or are stay-at-home parents.

Skills That Computer Programmers Need To Have

If you get a degree and certifications, you’ll become a successful programmer, right? Not necessarily. This is because computer programmers need to have technical skills and have certain soft skills to accomplish tasks.

Proficiency with programming languages is a given, and it should be complemented with certain abilities, like mathematical skills and problem-solving capability. Having an understanding of math beyond the basics is essential to become proficient, while problem-solving is one of the reasons why programs are created.

Programmers also need to be able to learn concepts and apply them to other problems. Communication skills are also a must since certain tasks will require working with other programmers and departments.

Writing skills, in particular, should be honed to make sure processes are communicated properly.

A sign of being a good programmer is constant self-improvement. Since technologies and the needs they address evolve over time, programmers also need to make sure that their skills evolve too. A certain degree of self-motivation is crucial to push oneself to learn new things and become more efficient.

Improving attention to detail is also important since even the smallest errors in a code could dramatically affect the whole program itself.

Staying organized in everything you do is also an important way to ensure tasks are managed properly.

Why Is Computer Programming Important?

As I mentioned earlier, computers and computer programs have become an essential part of our human lives, and the fact that you’re able to read this article means you’re using some kind of computer. Without computer programming, many of the technological advancements that we enjoy will never be developed.

With the world and society evolving as I write this, computer programming plays an essential role in making sure that technology development also keeps up with the evolving needs of people. Automation, data collection, and information analysis are some of the much-needed things programming addresses.

If you think computers are important to you today, think about how much more important they will be in the future. For example, in the past, people did not even anticipate the need or the ability to see other people while calling them.

Computer programs are essential in creating things that can help society as a whole.

The Role Of Computer Programmers In Society

Using problem-solving skills and creativity, they can develop new ideas for solving particular problems that society faces. As the people holding the keys to technology, programmers will also determine which technologies today will be able to dictate what the world would be like in the future.

Personally, I’m in awe of certain technologies today, such as voice recognition, artificial intelligence, and facial recognition. I feel like there are endless possibilities on how these can be used to improve our lives. Things that we only see in movies in the past may become a reality in the future.

Now, you can say that you have some idea how programmers teach computers and what to do. With your newfound knowledge of what computer programming is and what programmers do, you can hopefully appreciate the comforts that computers bring to our lives and society.

I’m looking forward to what other things computer programming and programmers can achieve in the future, and I may even possibly take up a little bit of coding in the near future. 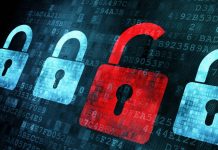 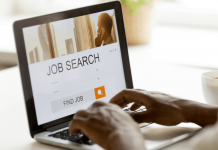 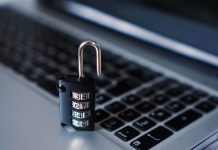